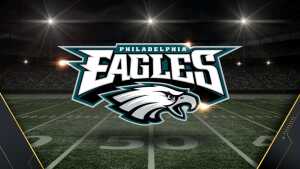 Daniel Gordon Clark of Myrtle Beach SC passed away unexpectedly on Monday afternoon September 13th. He was on the beach, his favorite place. Born in Philadelphia Pa, a son of George Norman Clark Jr. and Cleda Rae (Feight) Clark.

A Vietnam vet, he served with the Army 160th Signal Group stationed in Long Binh as a radioman. Dan moved to Colorado Springs after discharge until moving to Myrtle Beach in 1985. He worked as a cabinet carpenter most his life.

A diehard Philly sports fan, he closely followed the Eagles, Phillies and Flyers. He also liked tennis and played a pretty good game himself. Surf fishing was his favorite pastime, especially in his later years. He was a good chess player and liked to read, almost exclusively non fiction. Astronomy, world history, natural history, military history, he was practically unbeatable at trivial pursuit. He will always be remembered for his calm and unassuming demeanor. His dry sense of humor and practical jokes. Nobody got more milage out of a rubber snake and some plastic bugs. He will be sorely missed by family and friends.

There will be no formal services for Daniel. Only a small private gathering for family and friends.

To send flowers to the family or plant a tree in memory of Daniel Clark, please visit our floral store.

You can still show your support by sending flowers directly to the family, or by planting a memorial tree in the memory of Daniel Clark
Share a memory
© 2021 Ocean View Funeral Home and Cremation Services, LLC. All Rights Reserved. Funeral Home website by CFS & TA | Terms of Use | Privacy Policy