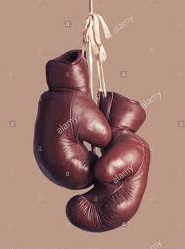 Ralph Williams Jr. was born on October 25th, 1930 to the late Ralph H. Williams, Sr. and Hattie W. Gasque. He was born in Tampa, Florida but moved to Gresham, S.C. and joined White Hill Baptist Church where he was baptized at an early age.  Later, his family moved to Conway and he graduated from Whittemore High School where he was a team captain on the football team. Ralph served in the United States Army as an artilleryman, and was later able to join the Army’s Boxing Team where he honed his pugilist skills. He was honorably discharged at the rank of Staff Sergeant. In 1958, Ralph married Lillian M. Williams and the couple moved to Philadelphia, PA. While in Philadelphia, he worked for the United States Postal Service and completed an intensive certification program to become a certified automotive mechanic.

Ralph and Lillian returned to Conway, SC permanently in 1972 where they raised two sons, Gregory A. Williams, and Randolph A. Williams. Unfortunately, “Randy Man” preceded him to heaven in 1991.  After settling, Ralph put his automotive skills to work, and teamed with the late Deacon Howard W. Spain, a true man of God. The two became best friends and repaired automobiles for the citizens of Horry County. Despite the long hours, Ralph obtained funding from the United Way and S.C. Human Resources to open the Horry County Boxing club. His team traveled throughout the United States and Canada. Ralph served as head coach for 18 years.

Ralph leaves an incredible legacy of service. Over the years, he received numerous awards and commendations for his community activism. If he had one wish in life, it was that no kid would have to struggle like he did. In that regard, he was a strong advocate for higher learning and job training.

Ralph leaves behind a son, Gregory A. Williams (Barbara-Cheyenne) of Durham, NC; siblings, Betty Partin of New York City; Jacquelyn Johnson of Conway, SC; Jacob Davis of Gresham, SC; Sister-In-Law Barbara Williams of Tampa, Florida; a very special Granddaughter, Tia M. Law (Marquis) of Charlotte, NC; a remarkable Great-Grandson, Alexander J. Law of Charlotte, NC, and a host of nieces, nephews, cousins, and friends. We would also like to mention Samuel Frinks, a special and caring friend, and the Fantastic Four comprised of Jacquelyn Johnson, Doris Smalls, Douglas Carr, and Samuel Frinks. When Ralph could no longer reside in his home on Woodward Drive, they made it possible for him to remain in South Carolina.

In lieu of flowers, memorial donations may be made to: Friendship Missionary Baptist Church Building Fund in memory of Ralph Williams, Jr.

To send flowers to the family or plant a tree in memory of Deacon Ralph Williams, Jr., please visit our floral store.