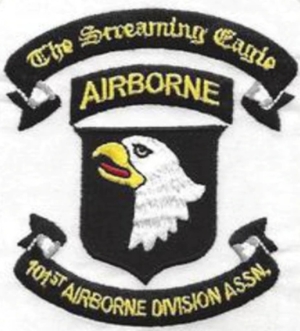 Mr. Raymond “Vaughn” Jarrell, born September 11, 1946 and passed at home on February 15, 2020.  He was the son of the late Lyndall Blanche Mariani and Wilbur Waid ]arrell.

He is survived by his wife Diana Lynn Jarrell, daughters Leslie R Smith, pre deceased Patricia A. Haller and sons Ronald W. Hurley, and Everett N. Jarrell;  Son in law Kenneth J. Smith.  He has 9 grandchildren and 5 great-grandchildren;  brother Thomas  Jarrell of Ohio, and sisters Jeannine Horne of Florida and Marilyn Finley of Texas. He is pre deceased by step-sisters Alice Shamblin, Pauline McClanahan and step-brother Fred Williams. He has 3 nieces and 2 nephews.

Ray spent time in his younger days, taking hunting trips to Colorado, ﬁshing trips to Canada, and overall spending most his child and adult days outdoors with friends and family. Time was well spent with wife, Diana while attending horse shows, and many trips to Disney with his children and grandchildren.

He enjoyed building things of all natures, taking the boat on the water with family and spending most days cutting grass.

He was a graduate from St. Albans High School in the class of 1965 in St. Albans, WV. where he met and fell in love with his wife Diana.

Marathon Oil Refinery, where he then retired after 32 years.

Mr. Jarrell was an honest member of the Seventh Day Adventist Church in Myrtle Beach, SC.  He attended the Church for years, before his baptism on December 18, 2010.

He lived his life with passion, love, and hard work.

To send flowers to the family or plant a tree in memory of Raymond Jarrell, please visit our floral store.

You can still show your support by sending flowers directly to the family, or by planting a memorial tree in the memory of Raymond Jarrell
Share a memory
© 2020 Ocean View Funeral Home and Cremation Services, LLC. All Rights Reserved. Funeral Home website by CFS